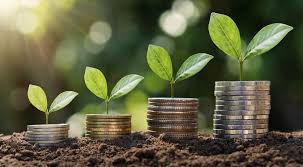 A Dialogue on Dharma, Yoga & Economic Well-being Curated by GPIW

What are alternative economic systems inspired by deeper spiritual values that might address the need for greater inclusivity among peoples, closing a widening gap between the very rich and those who suffer with so little?  We ask our panel to reflect on ways we can have a balanced use of Earth’s gifts. Concepts of ‘real wealth’ that includes healthy ecosystems, regard for the sacredness of nature and offering new generations livelihoods with deeper meaning and purpose that take into account our interconnections as one human family. Speakers for this session include Swami Atmarupananda (Sri Ramakrishna Mission, USA), Manish Jain (Founder of Shikshantar and Swaraj University) as well as remarks from Prashant Singh (President, Center for Innovation in Governance, Rashtram School of Leadership, Rishihood University). 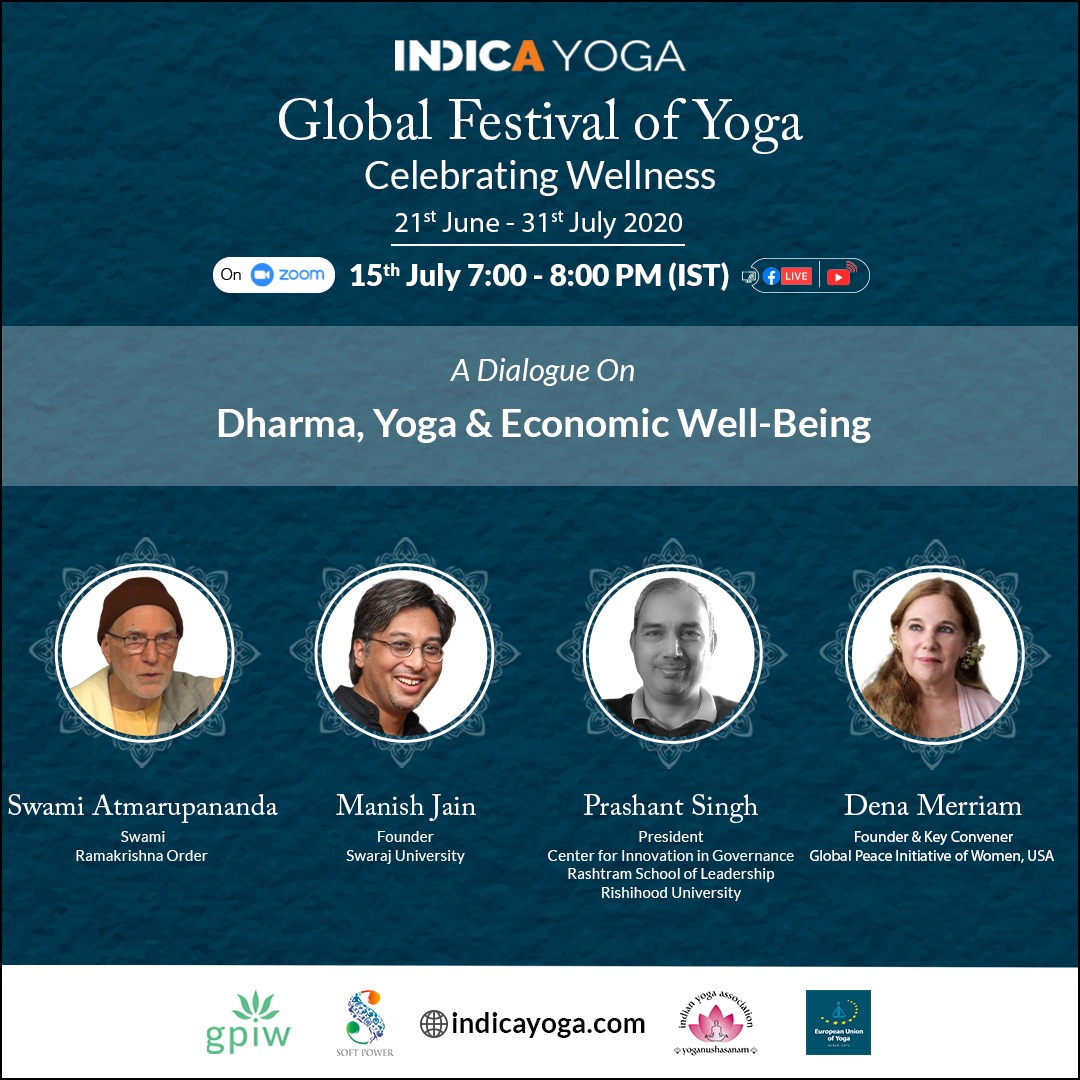 Born in America, Swami Atmarupananda discovered the Vedanta tradition of Hinduism as a teenager and developed what has become a lifelong fascination and dedication. He joined the Ramakrishna Order of India as a monk in 1969 at the age of nineteen, and spent many years in India engaged in monastic, scholarly, and spiritual training. Altogether he has spent almost fourteen years in India, and thirty-six years working for the Order in America. For many years he has travelled to various countries of the world to speak, give retreats both in English and Spanish, engage in inter-spiritual dialog, and to participate in conferences dedicated to finding a new, spiritual foundation for economic and social development.

Manish is deeply committed to regenerating our diverse knowledge systems and cultural imaginations. He has served for the past 17 years as Coordinator and Co-Founder of Shikshantar: The Peoples’ Institute for Rethinking Education and Development based in Udaipur, India and is co-founder of the University, Creativity Adda, Learning Societies Unconference, Walkouts-Walkon network, and Udaipur as a Learning City in India. He is a featured speaker/advisory member of theEconomics of Happiness network for localization. He recently helped to launch the Ecoversities Network. He has edited several books on Vimukt Shiksha (liberating learning) on themes such as learning societies, unlearning, gift culture, community media, and tools for deep dialogue. Prior to this, Manish worked as one of the principal team members of the UNESCO Learning Without Frontiers global initiative. He has also been a consultant to UNICEF, World Bank, USAID in Africa, South Asia and former Soviet Union. Manish also worked as an investment banker with Morgan Stanley. He has been trying to unlearn his Master’s degree in Education from Harvard University and a B.A. in Economics, International Development and Political Philosophy from Brown University. He and his wife Vidhi have been unschooling themselves with their 13 year old daughter, Kanku. Manish is passionate about urban organic farming, filmmaking, simulation gaming, bicycling, group facilitation and slow food cooking.

Prashant is the President of The Center for Innovation in Governance at Rashtram School of Public Leadership, Rishihood University. He worked in areas of Technology, Management, Entrepreneurship, Innovation and Strategy. He works with several initiatives in Education, Ayurveda and Artha as a basis for integral and sustainable economic well-being. Prashant is a B.Tech. from IIT Kharagpur and a PGDM from IIM Bangalore.

Prashant is the President of The Center for Innovation in Governance at Rashtram School of Public Leadership, Rishihood University. He worked in areas of Technology, Management, Entrepreneurship, Innovation and Strategy. He works with several initiatives in Education, Ayurveda and Artha as a basis for integral and sustainable economic well-being. Prashant is a B.Tech. from IIT Kharagpur and a PGDM from IIM Bangalore.

Dena Merriam is the Founder and Convener of the Global Peace Initiative of Women (GPIW), bringing spiritual resources to address critical global challenges, such as conflict, social justice, and ecological scarring of the earth. Over the years she has worked to bring greater gender balance and balance between the Abrahamic and Dharma-based religious traditions for a more inclusive interfaith movement.

Merriam served as Vice Chair of the Millennium World Peace Summit of Religious and Spiritual Leaders, held at the United Nation in New York in the year 2000. She subsequently convened a meeting of women religious and spiritual leaders at the Palais des Nations in Geneva, and from that gathering founded the Global Peace Initiative of Women in 2002. Among GPIW’s many programs is the organization of a session on the inner dimensions of climate change at the annual UN Climate Summits.? In 2008, Ms. Merriam was one of the founding members of the Contemplative Alliance, which later became a program of GPIW, to explore how meditation and contemplative practices are reshaping the spiritual landscape of our societies.
For over 40 years, Dena Merriam has been a devotee of Paramahansa Yogananda, a practitioner of Kriya Yoga meditation, and a student of the great texts of the Vedic tradition. Ms. Merriam received her Master’s Degree from Columbia University in sacred literature. She has served on the boards of the Harvard Center for the Study of World Religions, the Interfaith Center of New York, The International Center for Religion and Diplomacy, Manitou Foundation, All India Movement for Seva (AIM for Seva), the Gross National Happiness Center in Bhutan and as an advisor to the board of Dharma Drum Mountain Buddhist Association. In 2014 she received the Niwano Peace Prize for her interfaith peace efforts. She is the author of My Journey Through Time - A Spiritual Memoir of Life, Death and Rebirth and The Untold Story of Sita: An Empowering Tale for Our Time

It is a free and open event. Please use the following Link for registration

This is the common link for all the 7.00 -  8.00 PM  (IST) sessions.  If you have already registered once for the evening session, you need not re-register.