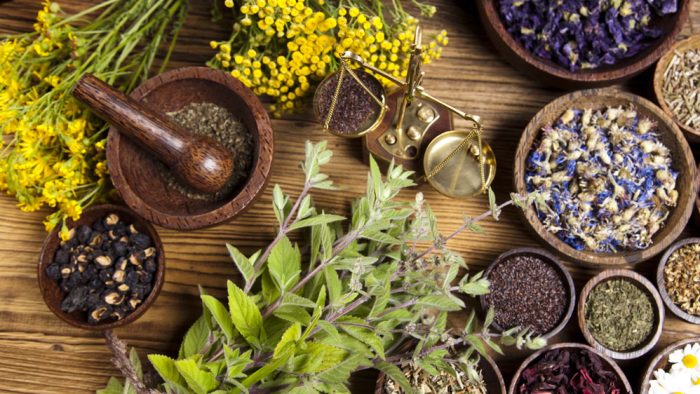 Medical practitioners should take the Ayurveda oath of Ethics

Even the most routine of medical interventions today is a nightmare. The old trust in a family doctor who knew all about the family’s medical history and willing to listen to the patient’s complaint has long disappeared. Today the story is all about ultra-expensive annual checkups with fancy discounts, doctor-diagnostic center-pharmacy tie-ups, and insurance companies involved in payment wrangles.

Worldwide, doctors today continue to make the Hippocratic pledge, a tradition that holds that a doctor is ethically required to use the best of their knowledge to recommend to the patient what they consider to be in the patient's best interests—without regard to the interests of the third-party payer, or the government, or anyone else.

The Charaka mentions some topics not there in the Hippocratic Oath.  Student asceticism, the duty to withhold services under specified conditions, the value which places the patient's life above that of the physician, are the most prominent. Also scholars point out that while the ideas in the Charaka oath were mainstream, “the Hippocratic document originated in a group representing a small segment of Greek opinion”.

However, as Dr Jeffery A Singer wrote in Reason magazine, most doctors today are following the ‘Veterinary ethic’. “The medical profession has been forced to give up this (required by the Hippocratic) approach for what I like to call a ‘veterinary ethic,’ one that places the interests of the payer (or owner) ahead of the patient. For example, when a pet owner is told by a veterinarian that the pet has a very serious medical condition requiring extremely costly surgery or other therapy, the veterinarian presents the pet's owner with one or more options—from attempt at cure, to palliation, to euthanasia—with the associated costs, and then follows the wishes of the owner.”

On the other hand, A. Menon and H. F. Haberman say the Charaka Samhita's dedicated physician’s oath, reveals, “the dedication and high moral principles required of a physician. There is no doubt that the patient's welfare comes above any personal considerations of the physician. It seems that the physician was expected, in his bearing, speech and his approach to patients, to act in a particular manner which was considered befitting a physician.”

They say the Charaka Samhita oath is essentially ritualistic. “The spirit of the oath is essentially religious and it is apparently administered in a ritualistic manner. The student takes the oath in the presence of the 'sacred fire, Brahmanas and physicians. The prayer 'for the welfare of all creatures beginning with the cows and Brahmanas' is reminiscent of ancient Vedic prayers.”

This oath is reminiscent of other aspects of a Guru or teacher in Indian thought and culture. “The style of the oath, the rituals involved, the asceticism required of the student, the student-teacher relationship, the emphasis on the limitlessness of knowledge, the association of worldly prosperity, fame and ethical practices: all these are in conformity with the mainstream of Ancient Indian thought and practices,” say Menon and Haberman.

The Hippocratic Oath and the promise undertaken in the Charaka Samhita are similar, “both essentially religious covenants; both offer rewards for fulfilling the covenants and punishment for transgression, in both, the student teacher relationship is very intimate and similar to the relation between a father and son. Furthermore both express the high moral principles expected in the practice of medicine,” say Menon and Haberman.

However, the Charaka mentions some topics not there in the Hippocratic Oath.  Student asceticism, the duty to withhold services under specified conditions, the value which places the patient's life above that of the physician, are the most prominent. Also scholars point out that while the ideas in the Charaka oath were mainstream, “the Hippocratic document originated in a group representing a small segment of Greek opinion”. Far from being the expression of the common Greek attitude toward medicine or of the natural duties of the physician, the ethical code rather reflects opinions which were peculiarly those of a small and isolated group.”

Quoting Western authors Menon and Haberman say, 'It is more likely that Pythagoras was influenced by India than by Egypt. Almost all the theories, religious, philosophical and mathematical taught by the Pythagoreans, were known in India in the sixth century B.C. It is conceivable that the Hippocratic Oath was influenced by Ancient Indian teachings and practices via the Pythagorean school. On the other hand, we have seen that the oath found in the Charaka Samhita is the embodiment of concepts and practices of the Ancient Indian community in general.”

Medical care has become a market place of options. Ayurveda however saw things differently. “It is the feeling of love and compassion for suffering humanity that first gave rise to the sages’ efforts to discover the science of medicine. (Caraka Sutra VI, 7).

Sage Kashyapa has written in the Kashyapa Samhita dated to 6th Century BC, “Medicine should be studied for the sake of the knowledge of truth, of acquiring spiritual merit for himself and of extending help to humanity.”

Dhanwantari, the Indian deity of medicine defined the purpose of the medical sciences as ‘release from suffering to those who are in the grip of disease and maintenance of well-being as regards those who arc right-healthy. Medical science is eternal, sacred and bestowed of heaven, fame, longevity and subsistence.’

Medical oaths and pledges are not new to India.  Charaka Samhita and Susruta Samhita, written around 2700 BC had very sacred oaths of initiation for physicians. The cure depended on the pureness of intent of the dispenser. Says the Charaka Samhita-‘weapons, learning and water are wholly dependent for their merits and demerits on their holder.’

‘Thou shalt speak only the truth, be free from envy,

‘Thou shalt behave and act without arrogance and with undistracted mind, humility and constant reflection . . . thou shalt pray for the welfare of all creatures…,’

‘Day and night however he may be engaged, thou shalt endeavour for the relief of patients with all thy heart and soul. Thou shalt not desert or injure thy patient even for the sake of thy life’

‘When entering the patient’s house thou shalt be accompanied by a man known to the patient and who has his permission to enter. Thou shalt be well clad and bent of head, self-possessed and conduct thyself after repeated consideration… Having entered, thy speech, mind, intellect and senses shall be entirely devoted to no other thought than that of being helpful to the patient and of things concerning him only.’

‘Though possessed of knowledge, one should not boast…’

‘Thou shalt clip thy nails and hair close, observe cleanliness . . . and dedicate thyself to the observance of truth, celibacy and the salutation of elders… ‘

‘The preceptor, the poor, the friendly, the travellers, the lowly, the good and the destitute – those thou shalt treat when they come to thee like thy own kith and kin and relieve their ailments…’

‘O gentle one, you should be agreeable in disposition and righteous. You should control your senses and be ready to study… Share the suffering of others… and be resolute. You should be away from greed, anger, infatuation, envy, derision, enmity…’

‘O son! You should never turn deceitful, wicked, greedy, envious, hard hearted and unfair. You should always be free from lethargy and sin and should have the character of venerable persons and compassion for the family.’

‘This science of life is permanent and yielding merit… Those who, for the sake of a living, make merchandise of medicine bargain for a dust-heap, letting go a heap of gold… Practice of medicine is never fruitless, it sometimes gives money, sometimes religious merit, sometimes renown or sometimes the opportunity for study…’