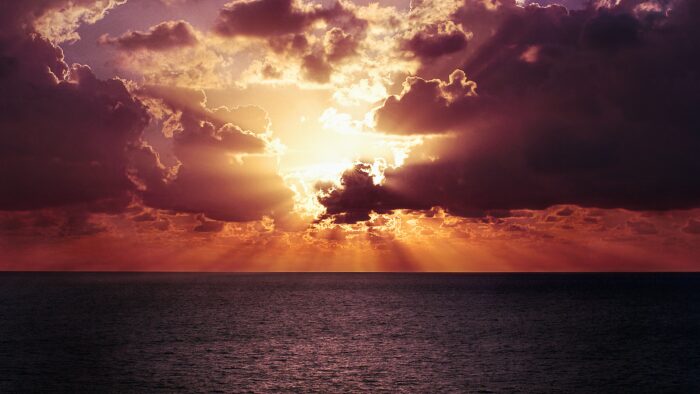 Patanjali in his delineation of the Yogasutra presents three clear pathways that progressively lead a practitioner of Yoga towards a sustained state of Sattva, eventually enabling Kaivalyam

The common thread that links all three pathways is Isvarapranidhana

Krishnamacharya in his commentary, Yogavalli gives so much importance to Isvarapranidhana that he divides his commentary of chapter 1 into two parts – one part focusing on the Sutra- s that come before Sutra I.23 and the other part focusing on I.23 and what comes after. In fact, T Krishnamacharya is emphatic that in the present day and age when we generally lack the perseverance needed for a sustained Sadhana, it is only through an attitude of complete surrender to the Supreme that we can ascend spiritually.

As Above, So Below…. As Without, So Within

The concept of a Supreme Being that is beyond all that is manifest, is widely discussed across Vedic lore, highlighted specifically through the Upanisadic teachings as explained to us by the various Acarya Paramparas.

The Supreme Being Truth – Brahman -  satyam – Jnanam, anantam – beyond the realm of thoughts and words, an ever expanding vastness) (Bruhi samantat) - this is suddha Brahman which is Prapancatita

Isvara also known as Paramatma is how this unknowable transcendent Brahman is comprehended and communicated through limited human thought and speech, experienced as a ‘mahacaitanya’ that creates, pervades, sustains and also dissolves all creation – this Isvara is omnipresent, omnipotent, omniscient.

The Brahman is the macrocosmic Samasti – the All, the source;

The Atma, soul, is the microcosmic Vyasti, which in conjunction with the body, senses, mind and the mind’s inherent Vasana-s and Samskara-s, is known as Jivatma,  the embodied soul, bound by karma. When freed, it is Muktatma

Antaryamin – the Isvara present within, enshrined in the heart space – as the Narayana Suktam explains – hrdayam tadvijaniyat visvasyayatanam mahat

Prakrti refers to the entire manifest universe expressed through name and form, bound by space and time; in other words, Prakrti is the fully expressed potential of the Brahman

The entire edifice of Sanatana Dharma is built on the foundation of one Truth – Brahman, that is experienced by each one of us in unique ways, depending on culture, exposure, values, beliefs – and so everything creation and every creature is worthy of reverence for everything is Brahman. It is this celebration of one Supreme that lies at the basis of Isvarapranidhana as an attitude and a practice.

There are two ways of connecting to and meditating on this Supreme – one as the abstract indefinable Brahman and the other as a personal deity, Isvara with whom we create a relationship of deep reverence and love, born of gratitude. This needs both Bhakti and sraddha. For most of us, the second path is easier as it allows us to personalise our deity of choice. As T Krishnamacharya is quoted as saying, “Narayana is my Isvara… It is for you to search and find your Isvara in your roots, in your traditions…”

From Conceptualising Isvara to Practicing Isvarapranidhana

A deep awareness that “I”/”You”/”We” are not all powerful… no matter how powerful I/You/We seem to be, in reality

However, there is “something” that has power beyond these limitations and to THAT I connect, to THAT I surrender.

Isvara pranidhana is to accept what is… as it is, at this moment…every moment

Isvara pranidhana is to let go

Isvara pranidhana through the Instrument of Speech

Isvara pranidhana as a Constant Foundation to our Thought Process

Attributes of a Bhakta (Bhagavad Gita)

This is beautifully outlined by Krishna in the Bhagavad Gita in the Chapter on Bhaktiyoga (IX.13 to IX.20)

Isvarapranidhana in its simplest form, is to offer the very best of ourselves not just to the Supreme Being, but also to every living being, and also to treat with respect and reverence every sentient and non-sentient aspect of this universe. A well-known poem explains what Isvarapranidhana truly is, and what it is that we must offer.

The first flower is Ahimsa

[another] flower is restraint of the senses,

The flower of compassion to all living creatures

A special flower, indeed, is forgiveness.

Tranquility [of the mind] and discipline are flowers too.

So, also is the flower of wisdom.

The eighth flower is Truthfulness.

These are the flowers that please the All-pervasive One. 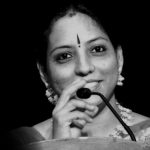