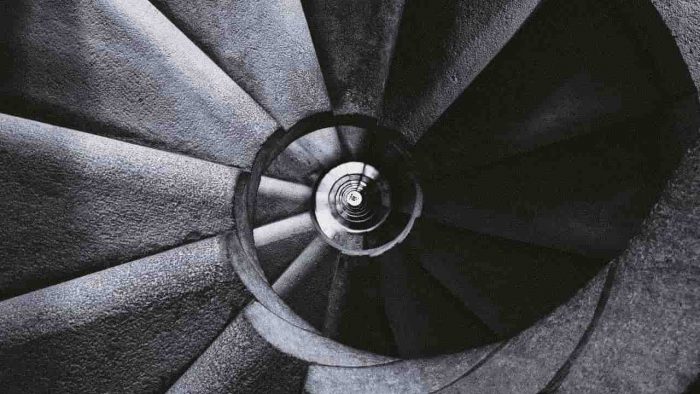 [Inner Work Through Yoga (IWTY) is one of the Yoga-based offerings developed by Raghu Anantanarayan, founder, Ritambhara that brings the wisdom of Yoga Sutra in a contemporary and contemplative way. It invites participants to engage with the Yoga Sutra of Patanjali in a self-reflective manner and see how it applies to one’s own life, actions, relationships and choices. Participants are encouraged to look at each sutra as a mirror to show something deeper about oneself, thereby making the sutra relevant to them. This ensures that the sutra does not become an injunction (rule) to follow, but instead opens up an enquiry for oneself. Here is a brief outline of the process involved presented in two parts.]

In the last few decades, there has been a great increase in Business activity in India leading to the emergence of large and Global Organisations. The demand for skills in organising and managing large groups of men has resulted in a need for scientific management. One of the areas of management that have gained a lot of prominence of late has been organisation behaviour. The lab method of working with small groups of people has been introduced in India as a basic tool in understanding group behaviour and individual – group interaction. Some of the pioneers in this field have been Dr Nitesh De, Prof. Pulin K. Garg and Prof. Gauranga Chattopadhyay among others. The group methods, that originated in the National Training Labs, Tavistock institute, Encounter groups, Gestalt therapy………., found their way into India through their work.

The need to work with culture specific ideas and contextually relevant modes promoted much experimentation in India. Prof. Pulin Garg and Prof. Gauranga Chattopadhyay in particular have done a great deal of work in delving into the Indian tradition and drawing insights and understanding from these sources. They founded the Indian Society of Individual and Social Development (ISISD) to institutionalise this learning and carry it further. This institution has trained several professionals and equipped them with behavioural and group process skills. It has given birth to Sumedhas, Academy of Human Context (www.sumedhas.org) and Astha. While ISISD has ceased to exist its theory and practice have been taken forward by these Institutions founded by people who played a significant part in the growth of ISID. My understanding of this mode of working is based on a long and sustained relationship and working together with Prof. Pulin Garg and my co-founders in Sumedhas.

The immersion in Yoga

I came to know of ISISD when I was involved in a study of Yoga with Shri. T.K.V. Desikachar and his father Yogacharya T. Krishnamacharya. The insights into human processes that were contained in the Yoga Sutras, the Sankya Karika, the Upanishadas and the Gita fascinated me. The unique way in which my teachers interpreted Yoga and used this understanding in treating people through Aasana, Praanaayaama, Adhyayana and specific use of Bhaavana was a great learning for me. It has been my experience that individual processes and dynamics of group interaction can be understood based on these insights from the Indian tradition. It has also been my conviction that one has to reelevate the cultural positives and re- define the traditions in a modern context in order to find meaningful ways of understanding behaviour, especially in our country. The use of frameworks and theories that are not anchored in our traditions can be very damaging to ones psyche.

In this paper I have tried to articulate the similarities that I see in the processes of Identity formation, the prosesses of role taking and the Yogic texts as I understand them. The interpretation of the Yoga Sutras and Sankhya Karika that I have used in this paper are drawn from the oral tradition of  Yogacharya T. Krishnamacharya. They are   an English rendition of his expressions in Tamil. The teaching was carried on over a period of about 10 years mostly through individual classes.

The database for this paper also includes my experience of working with hundreds of small groups of 8 to 12 persons in learning laboratories, as well as many decades of conducting Leadership Workshops and Leadership coaching sessions. The methodology of work in these groups is based on the “Identity Group Process” work developed in ISISD. This paper focuses on the processes that emerged in a particular group I worked with as part of Training Teachers for the Blind at White field (Divine Light School) for the blind. The group consisted of 10 women trainees, one blind (male) instructor and the co-ordinator of programme (also a male) and a trainee facilitator (a woman). However, the underlying personal and group dynamics that emerged in that lab are not unique to that lab.

With the decline of study into indigenous traditions many ideas that are found in Yoga have either lost currency or been relegated to the realms of the esoteric and spiritual. I would, therefore, like to define some of the terminology I am using from the Yoga Sutras. These ideas are better understood through discussions but, I will risk the written mode. Also, since the Sanskrit terms are being translated into English, there is a loss of meaning. Sanskrit words are explained through a reference to the root words they come from which are mostly verbs. English words that are used for the translation are mostly noun based and this is a huge problem in getting close to the nuances of the Sanskrit meanings.

In the First Chapter the Yoga Sutra describes symptoms that obtain in a person who is caught in the web of negative patterns. The symptoms enumerated include lack of physical well being, disease lack of psychological well being in various manifestations and lack of strength both inwardly in being able to sustain ones efforts and bring them to fruition.10 The question of whether the processes of one’s life and actions are positive or negative can best be answered by each person for himself after deliberate consideration.

Let us now look at the experience of the blind person interacting with in the group from this structure of the ideas from yoga sutras. The primary experience of himself that the disabled person spoke about was based on his experience of deprivation. His linking up with the environment of other people creates this inner experience of "I am deprived". This difference is made the cause of both special attention on the one hand and non-inclusion on the other. His identity as a person different from the normal and deficient in comparison is repeatedly brought out.

This distilled conclusion of one's experience I would like to compare with the idea of ‘Vaasana’: the essence of the individual that pervades the psyche and the soma. This Vaasana would affect the perceptions of the person, the matrix of meaning he gives to his experience, his body, his behaviour and response. This ground is the Avidya Kshetram11: the person's individual conclusions and assumptions about the nature of the world and himself. The conclusion "blindness means deprivation" is a product of this ground.

Vyasa's commentary on the sutra II.12 discusses the form in which the Vaasana builds up in a person. 12  The process described is very similar to the process by which a crystal is grown in a solution. A few crystals of the required chemical are hung in a solution of that chemical and it slowly collects and grows. In man, the seed of a deeply felt experience continues to reside within the mind. This acts like the seed crystal and collects experiences that reinforce this seed and therefore grows in size. This crystal creates different patterns in different environments / different stages in a person's growth all of which retain and reinforce the essential character of the crystal.

The Sutra IV.9 talks about the persistence of the action patterns and deep memories.13  It states that even across changes in environment and time these residues of memory and potential / conditioned patterns of behaviour (Vaasana) remain unaltered.

The experience of being, of living when superimposed with the experiencing of the environment creates what is called the Asmita or identity of the person. One, therefore, says 'I am blind' or 'I am handicapped' as an essential description of himself. The face of 'I am' – called the drk shakti is experienced through the physical fact of one's psychosomatic system (blindness and its inevitable consequnces) and its interaction with the environment. The impressions of this experience are treated as the self.

This conclusion is then extended to explain the hurt and pain of living. 'I am hurt/ pained because I am deprived'. This conclusion or assumption born out of the stigmatised identity leads to intense feelings of desperation. "No action can remove my deprivation, my source of pain". The means of an experience has been viewed mistakenly as the source, the cause of the pain / hurt.

In the case of this blind person it led to an intense self hate. Two types of action alternatives arise from this. One a violence directed at others / the environment. Two a self-destructive / suicidal tendency. These being the potential / pressures behind emergent actions are the first forms of Samskaara. Deeply conditioned action patterns. The Samskaara in turn reinforce the Vaasana.

The next levels of conclusions that seem to emerge is the statement : "I will overcome this hurt / pain". (This is called Abhinivesha in the sutras – the force to live. The force that fights death). Paradoxically, this commitment reinforces Asmita. The action alternatives of this seem to be persistent hard work to overcome the deprivation / stigma, or a "dependency". One says "I will work and gain my own strength". The other says "I am so unable – please help me": one the stance of a warrior the other the stance of a beggar. This resolve leads to the setting of objectives and goals. "I am blind – I will develop my memory"

– I will develop skills, learning and excel", “I am deprived, I will use my deprivation to manipulate”.

External measure and means of overcoming the disability are postulated and set up. The person often sets up ideals, giants to emulate or conquer. It can also lead to a search for protection, patrons, social work agencies, exclusive environments etc.

Several role stances seem to emerge from this. "The warrior looking for a kingdom", "The giant killer", "Faithful dog", "The willing servant", "The lamenting beggar", "The count of Monte Cristo", "The snail / tortoise", "The untouchable" etc.

Individuals who hold this stigmatised identity end up creating many secondary goals and aims. "The snail" type of behaviour would lead to setting up enemies, and therefore developing an armour against all potential hurt through words referring to the disability. "The untouchable" does not risk any involvement, relatedness with others. "The count of Monte Cristo" seeks power and uses cunning to wreak vengeance. "The faithful dog", "The willing servant" is the gullible favourite of the patrons, saviours and God peddlers. "The Giant Killer" is the exceptionally talented person looking for worthy opponents to defeat and destroy thus proving to oneself ones worthiness, again and again. "Warrior looking for his Lord" is the talented person unable to deeply accept himself as he is with his positives and his hurt. He works to be independent and capable but nevertheless craves for protection. These role stances are the forms that the Samskaara takes. When these action stances emerge and the person starts gets positive reinforcement that affirms the starting point, namely, ones Asmita, the mind starts to gel and concretises the whole cycle: The physical stigma is experienced as the cause of the hurt. The chosen goals and role stances are the means to overcome them. A one to one relationship is established in the mind and the processes by which this set is held together remain invisible. 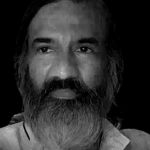 Raghu Ananthanarayanan is the co-founder of Sumedhas Academy for Human context, The Barefoot Academy for Governance and FLAME TAO Knoware (Pvt. Ltd); He serves onRead more