Meditation and its utility in daily life 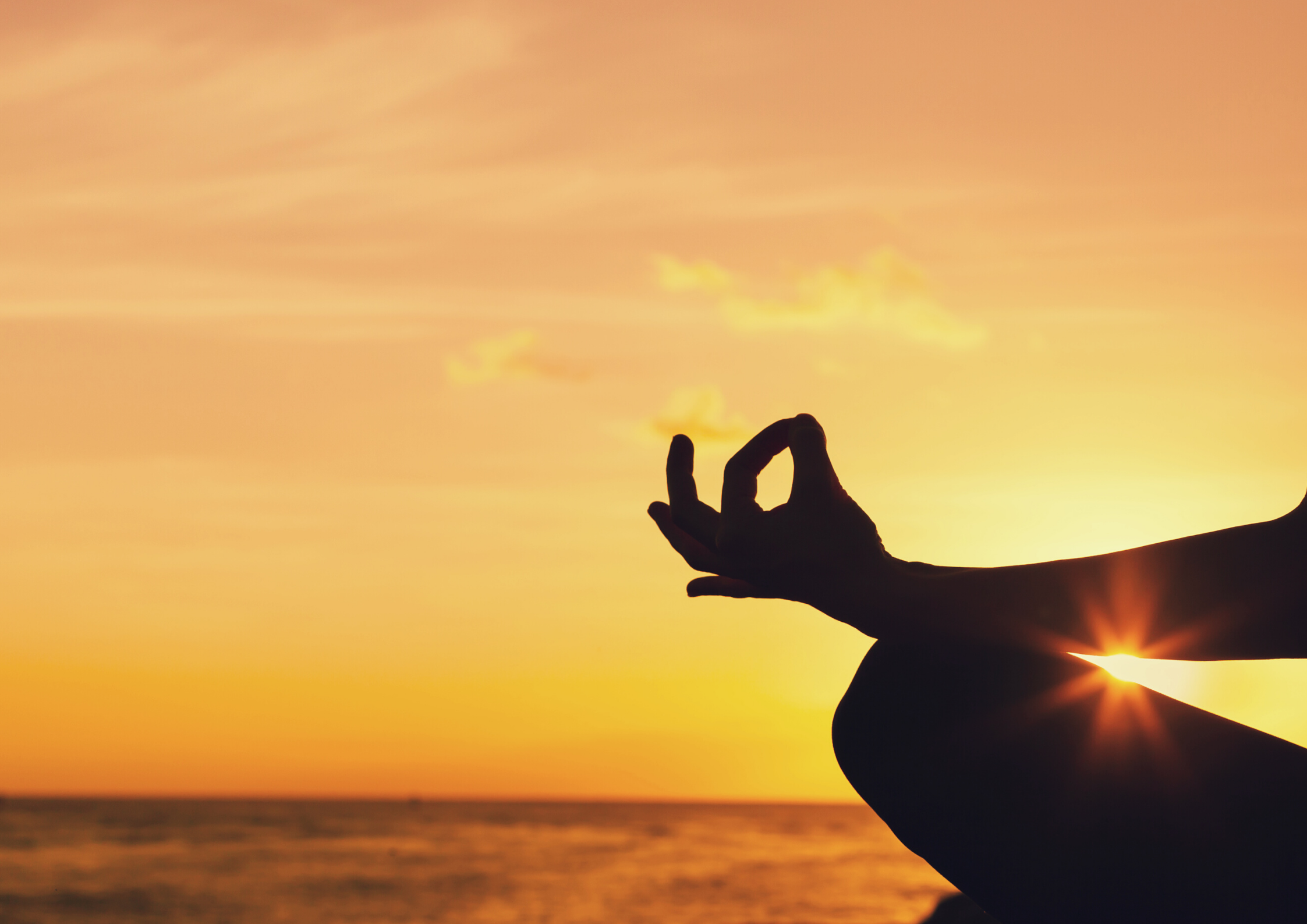 This article is sourced from https://www.dlshq.org/download/premamedit.pdf

With due credit to THE DIVINE LIFE SOCIETY, Rishikesh

Meditation is not for a few but is necessary for all human beings. The inner self of a person touches the Higher Self (the Param-Tattwa) during deep sleep daily.  This unknown touch recharges the battery of man. So, when he gets up from his sleep, he feels that he is refreshed, full of strength and relaxed. This is a natural process for all persons alike. If one could not sleep properly, he feels disturbed and is in a sort of weariness. It is the experience of every man, whether he is rich or a beggar, a literate or an illiterate, an executive or a labourer, a farmer or a business man, a housewife or a huckster. So, every man needs peace, strength, ability to discharge his duties and for tranquillity of mind. So, a wonderful discovery of man is to keep his inner self in touch with the SOURCE in a wakeful state for longer periods continuously through specific type of systematic practices. This is called the art of meditation. And such a person is said to be a YOGI without any discretion/distinction of caste, creed, colour and country.

Dhyanam nirvishayam manah—That state of the mind, wherein there are no Vishayas or Sensory thoughts, is meditation.

Whether oriental or occidental, Hinduism or Mohammedanism, Buddhism or Jainism, Christianity or Judaism, Shinto-ism or any other ‘ism’, the spiritual purpose and meaning is to lead an individual soul to the ecstatic communion with the Universal Divinity or ONE TRUTH, the SOURCE. A continuous flow of perception of thought is Dhyana—Tatra pratyayaikatanata dhyanam. It is the flow of continuous thought of one object or God or Atman or Supreme Source—Tailadharavat. According to Raja Yoga, meditation is the seventh rung or step in the ladder of Yoga. One cannot attain this state unless he knows the art of “Concentration”. What is concentration?—Desa bandhas-chittasya dharana. Concentration is fixing the mind on an external object or an internal point continuously, without interruption or break for twelve seconds. So, an aspirant has to develop himself in concentration, which itself is changed into meditation, if his state of keeping the mind focused at one object/point/subject continuously and spontaneously for 12x12=144 seconds. It is termed as ‘Dhyana’ in Sanskrit scriptures, which comes from the root ‘Dhi’. In English we generally call it ‘intellect’ which is the basic root with different derivations in different practices. However, ‘Buddhi’ (reasoning faculty) is said to be directly based on this root term; yet this term is used liberally by all systems of Yoga, which is central theme of all mystic techniques leading one to higher levels of spiritual consciousness with profound depths of spiritual expansion and takes one to God-realisation or Self-realisation.

Meditation may be objective, or on qualities or purely subjective or one’s own breath. In objective meditation the Sadhaka meditates upon an idol or picture of his Ishta devata—may be Lord Shiva, Vishnu, Rama, Krishna, Christ, Buddha or any other god or goddess. For him, the idol is something alive, vibrating with supreme reality, omnipresent, omniscient, and omnipotent. He may meditate upon the beautitude, the qualities, and the activities of his Ishta-devata. Or he may meditate upon the all-pervading pulsating Supreme Energy which is within him and without, permeating everywhere. This is subjective meditation. Similarly on his breath while inhaling and exhaling with MINIMAL SILENCE. All meditations are good; what counts is the intensity and unbroken continuity of meditation.

An aspirant has to rest his soul on the bosom of the Lord, to bathe in the bliss of Divine ecstasy, to drown his ego in the ocean of eternity, to draw sustenance and strength from the SOURCE to attain whatever he is capable of achieving. A Sadhaka should meditate regularly, chew and digest what he has learnt, to transform what he has learnt into wisdom, to apply that wisdom to solve the problems that cross his path daily. Says F.W. Robertson: “It is not the number of books you read, nor the variety of sermons you hear, nor the amount of religious conversation in which you mix, but it is the frequency and earnestness with which you meditate on these things till the truth in them becomes your own and part of your being, that ensures your growth.”

A sincere spiritual seeker meditates to realise the Ultimate Reality to unravel the mystery of life and death, to understand in the bottom of his heart, what is Truth. Once he knows Truth, he knows the Ultimate Reality, he becomes That, and there is nothing more to know. A person who has realised Brahman, becomes Brahman, and lives in Brahman. Knowing is being. That is the highest state. India has been fortunate to have produced many saints and seers who had realised the Truth and for more or less time lived in a state of Divine Ecstasy. Even during the past hundred years people have witnessed such saints like Paramahamsa Ramakrishna, Swami Vivekananda, Swami Ramatirtha, Sri Aurobindo, Ramana Maharshi, Swami Ramdas, Swami Sivananda and several others of world fame. Ramakrishna would while talking relapse into Samadhi and often prayed to his Divine Mother not to draw him frequently into Her Bosom so that he can converse with his disciple, particularly his darling Naren later known to the world as Swami Vivekananda so that he could prepare a band of workers to spread his message, the holy message of India. Swami Ramatirtha was often seen in a state of ecstasy during last seven years of life in India and United States. Swami Sivananda was another who would often sing and dance or be just being quiet in divine ecstasy. There have been more in India and quite a few messengers of God in other parts of the world.

Meditation and concentration are often treated as synonymous. However, I have drawn earlier a distinct line between concentration and meditation. In further explanation when one brings to bear all his thought waves on a single point or spot like a laser beam where the scattered rays of light are concentrated, it is concentration. Everybody needs concentration to understand, assimilate and apply any information, any knowledge. When the concentration is prolonged for 144 seconds, it is called meditation and when extended to 144 multiplied by 144 i.e. 20736 seconds = 345.6 minutes, it is said to reach the state of Samadhi. According to Ashtanga Yoga comprising two main parts of Hatha Yoga—Yama, Niyama, Asana and Pranayama covers the first one, whereas Pratyahara, Dharana, Dhyana and Samadhi, is the second part. There is no equivalent word in English language for Samadhi. Concentration is the sixth, Meditation the seventh and Samadhi the eighth and last stage of Yoga when the Sadhaka is united with the Supreme Being. It shows that concentration leads to Meditation, similarly prolonged constant meditation leads to Samadhi. In other Yogas Manana, Nididhyasana, Upasana, Chintana, Dhyana—these terms are used in different Yogas with subtle differences in their techniques. Manana is a sort of reflection. It is just to chew the cud slowly and nicely. It is done through into intense practice of Manana. Chintana is also a sort of reflection and meditation to assimilate the thoughts in consciousness for proper and significant impression with profound understanding. Intense meditation on the Self or Brahman or ANY SPIRITUAL ILLUMINED PERSONALITY is termed as ‘Nididhyasana’. As Saint Francis of Assisi did. ‘Upasana’ stands for devout meditation which is being used in both i.e., Jnana Yoga Sadhana and Bhakti Yoga. Upasana means ‘sitting nearby’. In Jnana Yoga Sadhana the seeker has to sit near the Self or Brahman; whereas in Bhakti Yoga a devotee has to sit by the side of God.

A keen and true regular practitioner (Sadhaka) will attain quick and sure results, when he proceeds properly stage by stage under the guidance of his GURU or master. The first four parts are meant to purify the mind and keep the body strong and fit to receive and retain the power of the DIVINE. Many moderns, however, equate Yoga with the practice of few asanas and pranayamas. This is not sufficient for spiritual uplift. Yet, it is better to practise asanas and pranayamas for health’s sake than not to do anything at all. But Yoga is really first to withdraw one’s mind from the objects of senses (pratyahara), practice concentration, prolong the period of concentration under proper guidance to reach the stage of meditation and finally become one, unite (Yoga to join to unite) with the Supreme Reality, the TRUTH.

Thus meditation is not meant merely for the recluse, the ascetic, the renouncer. It is of utmost important in man’s day-to-day life. It is of immense help to a student, a youth, and an old man. A man who can meditate will become a better manager, a better businessman, a better executive and, above all, a better man. Conversely, if a person cannot meditate, he will lack composition, courage and confidence to achieve his goal. Nowadays, several medical doctors and psychologists advise to their patients suffering from nervousness, unusual irritation, disordered mind, fear and inferiority complex and lack of self-confidence to meditate in a specific manner along with the medical treatment. So, the meditation is very necessary these days when man leads a life of tension and complexity.

Every morning and evening, preferably at dawn and dusk, sit down in a comfortable posture with your backbone straight, relax each and every limb of your body, and then your mind, and sit unmoved, in the same pose, as long as you can. It is always better to invoke your Guru (master) and Ishta Devata first, when you sit for meditation for their blessings and guidance and gratefully thank them again when you finish the meditation. Gradually, increase the time of your meditation. It is easier to relax your limbs of the body but not so easy to relax your mind. This process of relaxation, stillness and body awareness will automatically reduce the speed of your breathing, which, in turn, will help in meditation. So many thoughts will cross your mind now and then. They may even disturb you. Do not be afraid. Try to remain calm and watch them with equanimity. Let them come, let them go. Do not fight to free your mind from thought waves. Try to be indifferent to them. But do not observe these thoughts with equanimous mind. Gradually, automatically the flitting of thoughts across the canvas of your mind will diminish. After sometime—sooner than later—you will be absorbed in your Ishta-Devata if your meditation is objective, or in your Being, if your meditation is subjective. Once, you get the taste of it, believe me, you will like to taste it more and more and more.

“May God Almighty and All-merciful and the Most Revered Gurudev, Swami Sivananda help you, THEY WILL.” OM Shanti!  Shanti! Shanti! 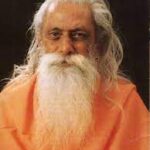 Sri Swami Premananda (1920 – 2005) is disciple of Gurudev Swami Sivananda Saraswati, who was working as an officer in the revenue department of theRead more