Message to the Yoga Teachers 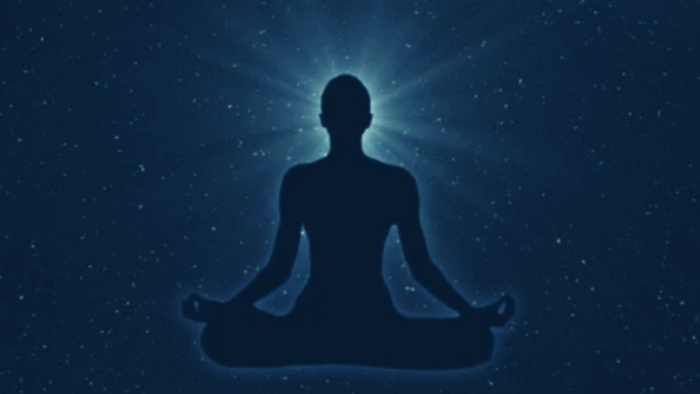 With due credit to Bihar School of Yoga

Humanity has reached a turning point in our time, and mankind has to decide what to do. All kinds of preparations have been made for disaster and also for self-evolution. Yoga is one of the most powerful means and a very efficient tool for self-evolution. Around the globe, man has become conscious of this tool called yoga and has realised the great role yoga will play in the evolutionary cycle of mankind. People now understand what it means to practise yoga. Many governments encourage the study and practice of yoga. In Denmark and France the Education Department is encouraging its teachers and has arranged for their yogic training. When yoga has become the need of the day, we have to make proper arrangements for the children as well.

In the past many people taught physical exercises in the name of yoga, but actually they did not know what yoga was. In India, experiments on yoga have continued for centuries, and the seers visualised man not merely as a bundle of flesh and bones, but as an integrated personality with different dimensions of body, mind, psyche and spirit. Today, man really needs this science of yoga in order to help him keep pace with the great speed of evolution.

Man is born with a destiny and he is obliged to fulfil this in the course of time. The possible destiny of man is a very big question and many people have expressed different opinions. Some think that the destiny of man is to evolve a supra-mental structure of personal awareness. Aurobindo declared that the destiny of man was not only to develop supra-mental powers, but also to bring them to the entire creation. Samkhya philosophy declares that the rudimentary primitive matter has to manifest itself as a force of energy, a force of shakti. The ultimate structure of matter is nothing but energy, and thus we can say that the human existence which we know in the form of body, mind and spirit is nothing but a different state of manifestation of the supreme consciousness.

Therefore, the teachers have a special role to play in the future development of the people. We cannot just remain satisfied with being ordinary instructors of the science of yoga. In yoga we have a system, a science, and more than that, a very great historical tradition. Science without a tradition is no science at all. The science of yoga has everything to do with man, and nothing but man. It is not a system where you sport with your lower self; it is not a game where you become introverted and oblivious to the situations of man's existence.

Thousands of years ago, yoga was spread throughout the world, but with the ravages of time, this knowledge was lost and thereafter man became unaware of why he was born and what his real potentials were. I have a clear vision of a great possibility. I have always understood that yoga is going to be a mighty world culture, but when I say this I do not mean a political culture. I have studied political science and I am not prepared to accept that there can be a pure culture on the basis of political culture. Man's thinking, heritage, objective and social system should be free from any type of political influence. We have seen that whenever politics influenced the culture and religion of man, they collapsed after some time.

Yoga is a mighty culture in the sense that its influence on man will be academic, intellectual and spiritual. Therefore, the mission of those who teach yoga is to maintain the intellectual and spiritual reality of this science. I have only one mission in life; I'm not interested in making disciples or establishing ashrams. The main thing I have in my mind is to spread yoga from shore to shore and from door to door. I have not recognised the role of religion in man's spiritual destiny.

Man's nature is spiritual; his social personality is only a shadow which is always changing. Man is going through the crisis of his life; his inner self, his spiritual personality is suffering. Why is man stumbling on the path? Nobody suggests that perhaps it is because he is blind. They just say he stumbles because there is a stone. The crisis in history is due to man's incapacity to see the block. If you ask people why they are suffering, they will say that education is at fault or the times are bad; they will give all kinds of reasons for the crisis.

But they will never say that man's nature has become ignorant and spiritually blind. We have to see the crisis from all angles; if you have an undeveloped mind, how can you solve a problem correctly? It is like the seven blind men describing an elephant - one said it was like a pillar; another said it was like a heavy curtain. Each was giving his own experience of that part of the elephant he was touching. If only those wise men had seen the whole picture, they could have given the right explanation!

Samkhya philosophy is a system which gives a complete explanation of the evolution of the mind. As the mind evolves, your perceptions change. When the mind is predominantly tamasic, rajasic or sattvic, the perceptions are different and the assessments also. Then again, this mind is not composed of one element or one substance. The mind is composed of various elements, which means that in the evolution of mind, you have to lake care that all elements go through the process of transformation.

When we talk about the transformation of mind, we are talking about a very scientific subject. If you just push the mind into a religious process, the internal transformation cannot take place. What we have to do is process this primitive state of mind in different phases like matter or a chemical.

Every science, art, and socio-political system has some influence on the evolution of human consciousness. But the things in the world are changing so fast that we need a solid spiritual culture, a culture not merely dependent on external things and intellect, but a culture which is an expression of the spontaneity of human existence. I do not see how any tangible change can be effected in the order of mankind just by intellectual brainwashing. Unless the whole thinking process itself undergoes a complete change, evolution can never take place, no matter what you do or say. No religion can be an exception; no socio-political philosophy can remain aloof.

The science and the practices of yoga gradually bring about an acceleration and evolution in the total consciousness of man, and I have every reason to believe that yoga is going to direct the course of man's future philosophy. So who are we? We are the foundation builders, the spade diggers, and the work we have been doing in every part of the world is a positive contribution to this mission. Teachers of yoga have laid the cornerstones in different countries. They will build the solid foundations of a new world order in which people can live with optimism, by a philosophy that promotes illumination and growth.

So far as I am concerned, I live for yoga and I think of nothing but yoga, and I am very clear in my thinking. I know that yoga is going to be the mighty culture, not only of the east or west, but of the whole of mankind. Yoga is the light, no matter where the darkness is. I haven't come to give blessings, but to tell you to continue the work with greater vigour and optimism, and gain greater positive results. Do your best to carry the system of yoga from door to door and from shore to shore.

Yoga is not my profession, nor is it yours. For us it is an important part of the history of mankind. If we do not understand this importance of yoga in relation to the history of mankind, history will blame us in the years to come. I know very well that experiments in the past have failed to carry the goods to mankind. There has never been any philosophy which has united religions and nations. There has not been any system which has worked well with different religions, cultures, habits and denominations. I don't have to convince you; it is very clear that yoga has brought people together under one canopy. As humanity goes on practising yoga there is no doubt that the quality of mind and the quality of man's nature will change. Yoga, has to be given to humanity with this spirit and with profound knowledge and respect. 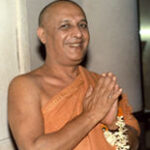 Swami Satyananda Saraswati (25 December 1923 – 5 December 2009), was a sannyasin, great yoga teacher and guru in both his native India and theRead more