Secret of the Gita by Papa Swami Ramdas 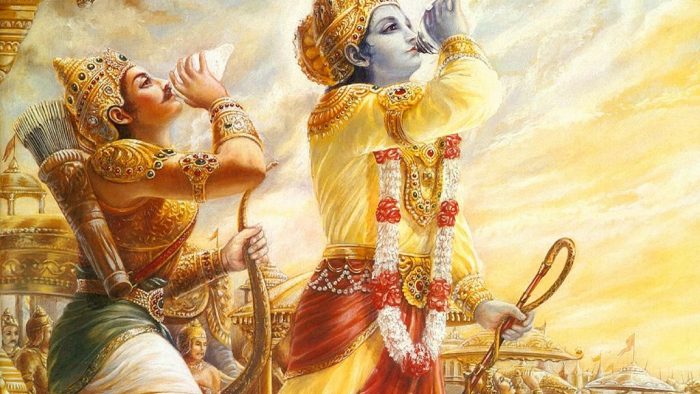 Source: This article is taken from the Book titled “The Divine Life vol-1”written by Papa Swami Ramdas of Anandashram, Kanhangad, published by Anandashram Publications. http://www.anandashram.org/

Gita was preached by Bhagawan Sri Krishna to Arjuna at a most crucial and critical moment in Arjuna’s life. His mind was confused with misgivings and heart surcharged with deep sorrow. This fact makes clear to us that we can understand the right value of Gita’s message only when we are similarly situated - mentally and emotionally - as Arjuna was.

There is a time in every man’s life when the problems of life and death, after-existence and God, confront him demanding his immediate and closest attention. He cannot shelve them, for they beat insistently on the portals of his mind. He knows then that everything to which he was attached and which he so long held as his own by giving it a gloss of reality, is after all slipping away from his hands; that he is caught in a world of shadows to which he has been clinging with an insensate folly. His mind tries to go beyond itself and his heart longs for that which is beyond. But the barrier that shuts him from the vision of the Reality baffles him. Hence the confusion and deep sorrow. Sri Krishna comes to the rescue of such a soul - in the grip of a keenly painful struggle.

Bhakti is an intense longing and love for God which enables the aspirant to keep up a constant remembrance of Him, thus purifying his emotions and elevating his thought to the consciousness of the Reality. Bhakti is the adoration of God, who dwells in his own heart and fills the universe, and surrender of all his actions to Him. Here a fit of renunciation seizes him - a mental recoil from the unrealities of life that had so long enthralled him. Through the exercise of an awakened intellect he now begins to discriminate the real from the unreal - the eternal from the non-eternal.

Bhakti, renunciation and discrimination turn his mind inward which now flows in a continuous stream to the glorious Truth of his being, until he merges in and identifies himself with the immortal, unchanging and all-pervading essence of his existence. This is the Divine illumination or Jnana which grants him a universal vision - a perception of God, as an indwelling spirit, permeating and filling all the manifested worlds.

Karma continues based upon an equal vision with a heart replete with love and a mind enlightened with wisdom. Karma now becomes a spontaneous outflow of Divine energy acting through him for the uplift of humanity or Lokasangraha (welfare of the world). The aspirant, having realised the supreme Godhead, is still an instrument in His hands, doing actions in utter self-dedication, i.e. God’s Divine Shakti (power) working through him for the fulfillment of His purpose. His attachment to the perishable external objects of the world is destroyed. He rises above the Dwandwas (Dualities) and Gunas (Quality) belonging to the lower and ignorant human nature. He is now ever in union with the God in himself, and in all creatures and things around him. He beholds the entire universe as the expression of an immutable, invisible, omnipresent God. God for him is both immanent and transcendent, in whom he becomes conscious that he is entirely lost, having attained perfect freedom, peace and bliss.

This is the goal of life held out by the Gita. 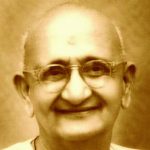 Swami Ramdas (1884-1963), is one of the rarest flowers of Indian Spirituality. His picturesque and chequered earlier life, his enterprising and reckless later life ofRead more