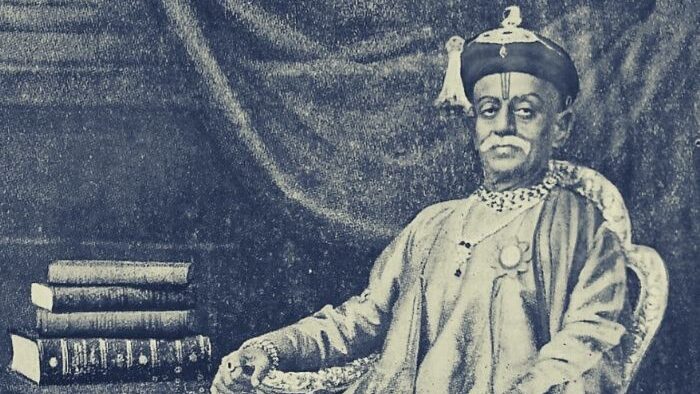 (A write up based on the book - Surya Namaskars – for Health Efficiency and Longevity, Bhavanrav Shrinivasrav Pant Pratinidhi, Aundh State Press, fifth Edition, 1940)

In this concluding part, attempt will be made to touch upon other important and interesting dimensions and aspects of Suryanamaskar discussed by the Raja of Aundh in the book.

The views of a European ‘scientist’

The Raja, it seems, reproduces verbatim, an interesting write up of a person from Austria (Vienna) called BM Lesser Lessario. It is mentioned that the article appeared in the magazine “Physical Culture”, New York, April 1924.

No. it is not an article on Suryanamaskar. Neither is it a scientific Paper. Then what does it contain?

It speaks about the self-exploration of Lesser Lessario as to how he used various sounds and breathing and attempted and ‘attained’ cure from articular Rheumatism (Any of several diseases of the joints, such as osteoarthritis or rheumatoid arthritis, characterized by pain, swelling, and often stiffness etc). He states that he returned from the edge of the grave and it is not mere theory that he is writing.

The article commences with the sentence “I breathed my way to health, So you can”. It seems Lesser Lessario is aware of ancient teachings on breathing. But he shares what he tried on himself and succeeded. He states to have observed the breathing pattern of a healthy infant left in his house by a neighbour for several hours. Lessario states to have observed the effect of various sounds that the baby uttered on its body parts. Based on this Lessario tried the various sound patterns on himself patiently overcoming initial failures and in a period thirty years - he says - he developed a very good understanding of uttering various sounds in consonance with breathing and healing himself and also others. The syllables and the combinations that he tried are detailed and their effects are discussed in the article. Those interested can pursue pages 55-66 in the book.

By juxtaposing this European experience, what the Raja attempts is - Mantras/Bijaksharas and physical health are connected.

Women's health and Suryanamaskar:
One short but very useful chapter is dedicated by the Raja on “Instructions For Women in Special Conditions” (pg 67-70). In this section which is a must-read in this book, he observes the following-

There are two critical periods in women’s life - First appearance of menses and the period of natural cessation of menstruation. Both these parts of women’s life become extremely painful if rules of health, diet, exercise are not followed. The Raja states - this is where systematic practice of Suryanamaskar can help as it improves posture of the body, strengthens and frees muscles and ligaments of the pelvic region. Done with proper breathing - the diaphragm is favourably influenced and it improves circulation in the pelvic region.

The Raja mentions that “Lancet” surveyed 7000 working women and most of them were absent from work because of menses related problems. Hence simple contraction and expansion of the abdomen without any breathing, was taught to women and it made a vast difference to their health. If this is a case of simple abdomen movement - then what could be the efficacy of Suryanamaskar - the Raja wants us to think.

Having said this - he gives seven points with regard to the appropriate way of practice of Suryanamaskar for women.

1) During the menstrual flow Suryanamskar has to be suspended by women. After this, Suryanamaskar can be resumed.

2) A lady in pregnancy can do Suryanamaskar till the end of 4th month. From 5th till end of 7th month practice should be modified. Prostrations should be avoided and when complete prostration occurs in the sequence- one can do seated pranam. From eighth month till childbirth - loud and clear chanting of the mantras are to be done in seated position and physical suryanamaskar should be avoided.

3) The Raja clarifies that stoppage of Suryanamskar in the last leg of pregnancy is not a prescription of physical activity - walking, domestic duties etc should be done,.

4) Suryanamaskar can be resumed only after 2-3 months after delivery in a safe manner. It should be done under the advice of a doctor.

5) If by any reason a women (or even men) are not able to do Suryanamskar - the mantras should be chanted aloud for 5, 7 or 9 times daily.

6) One should not start learning the practice of Suryanamskar during pregnancy. Learning can be done before pregnancy or after child birth. Other than these conditions for women - all other rules of practice are the same for women like that of men.

From these observations, great concern of the Raja for women and also a sound, systematic and sensible approach to the practice of Suryanamaskar can be seen.

The Raja also presents the experiences of Saubhagyavati Rani Saheba (pg.103,104) and also Saubhagyavati Sitabhai Kirloskar (age 63) (pg.106) in the book with the images of their practices.

Taking Suryanamaskar to the Masses

There is a chapter called “A state at Exercise '' - Chapter 12 (pg.114-117). There the Raja mentions how he tried to convince the people of his Aundh state to take up the practice of Suryanamskar.

The approach of this Hindu ruler is telling. People were convinced about the benefits of the practice and the people themselves demanded state legislation. Suryanamaskar was not thrust upon them.

The Raja with deep concern of the health and wellbeing of the people states “It is our dearest wish that the students of our schools carry the benefits of the system not only to their families, but extend them to all with whom they come into contact”(pg.114)

He also thinks aloud and appeals “ Would it be too much to expect our brother rulers and the educational authorities in British India to adopt our system and extend the blessing of health, efficiency and Longevity to the present and coming generations”(pg.114)

No clue on how British authorities responded - but one can certainly guess. About how fellow rulers at that time responded, we need to do some research.

Suryanamskar was not limited only to boys, school girls also practiced in Aundh state (in the early twentieth century). The Raja also states –“one should reach out to girls who do not go to school” (pg.115). Further he states that these physical exercises are being practiced in the Aundh state for past 16 years.(pg.116)

Thus we see how the Raja took Suryanamskar to the masses without any discrimination or differences.

Another interesting chapter in the book is Chapter 10 (pg.71-93) which is titled “Replies to sceptics”. (I am not following any chapter order. But I just hold up interesting sections in the order of importance according to me)

The Raja, while thinking about home grown sceptics of Suryanamaksar & other such indigenous wisdom states - “a conquered nation loses its self-confidence and ultimately becomes almost blind follower of conquering nation”. He says, a section that becomes convinced about the supremacy of the foreigners add “impertinence to their ignorance and turn up their nose and even vilify our Vedas and Shastras”. “Such is the degenerating influence brought about by blind imitation of the west”. So he says “we had to wait till a Coue appeared to teach us the value of Japa. Lesser Lessario to teach the value of Bija Mantras. Haddock appeared to teach the value of will power and James arose to enlighten the world in respect of the science of psychology” (pg.72,73).

The Raja goes on to give 6 examples from ancient Vedic and Shastric knowledge that is now (at his time) being authenticated by scientist and scholars of the west. (pg.73-76). This included astronomical, biological. Mathematical and medical knowledge in ancient Vedic culture. This is the first set of sceptics that he takes on.

Then he takes on those who say women do not need any physical practice like this and refutes them. (pg.76-79)

Then he allays the fear that physical exercise will weaken the heart etc. (pg.79-81).

Then he flays the “flag holders of Dharma” who object to open and free usage of Bija Mantras, Pranava and Vedic mantras. He instructs them - “when this wisdom is studied from cover to cover by people in Germany, France, England, America etc., it is no part of wisdom to keep this away from our own people” (pg.81).

In other chapters we see the Raja speaking about Dietary regulations and daily timetable that a practitioner of Suryanamaskar should adhere to. He also suggests a multipurpose cooker called Guttikar cooker which reduces cooking time so that people can devote time for their health. The Raja also speaks about the cash value of Suryanamaskar in an entire chapter.
Thus this book is a very valuable and comprehensive documentation on the health of people of this country.

This book has greatly increased my respect towards Rajasaheb Bhawanrao Shrinivas Rao Pant Pratinidhi in particular and the Rajas of India of the past in general. Rajas were not people who were merely embroiled in palace intrigues or spent their times in gynaeciums, as certain historians would want to paint them. There were many, like Rajasaheb of Aundh, who were Rajarshis who were deeply concerned about the wellbeing of people of the county.

I am reminded of a verse by poet Kalidasa that praises the role of Kings in the past -
prajānāṃ vinayādhānad rakṣaṇād bharaṇādapi
sa pitā pitarastāsāṃ kevalaṃ janmahetavaḥ ..1.24.. (Raghuvaṃśa)
By instilling humility (by education), by protecting and also by nourishing them, the king was the father of his subjects. Their biological fathers just gave them birth.

Through this book the Raja has covered health, sociology, economics, resurgence of the nation, gender issues, self-confidence in indigenous wisdom etc. as connected to Suryanamskar.

Hence, this book should be pursued for all dimensions of wisdom that it presents. It gives guidelines for policy makers even with regard to implementation of health related education in the country based on traditional wisdom like Yoga.

It is well known that in the late 19th century and beginnings of 20th Century great Yogins like Swami Vivekananda, Yogacarya Sri Krishnamacharya, Swami Shivananda and Swami Kuvalayananda emerged and paved the way for resurgence of Yoga in post-independence era.

But based on this book, we see another important personality emerging during this period in the Yoga scene. This leads to us to think whether there might have been more such personalities in the pre-independence era who might have contributed to growth and development of Yoga. History of 20th Century Yoga will be incomplete if the contributions of such personalities are not documented systematically.

Working on this series inspired me to look for more such Yogis and personalities of 20th century – to understand better the traditions and trends of Yoga that we have inherited in the 21st century. I hope you; the readers too feel the same.

6) A website In Marathi with details about Suryanamaskar as presented by the Raja of Aundh - https://www.aundh.info/surynamskar.php