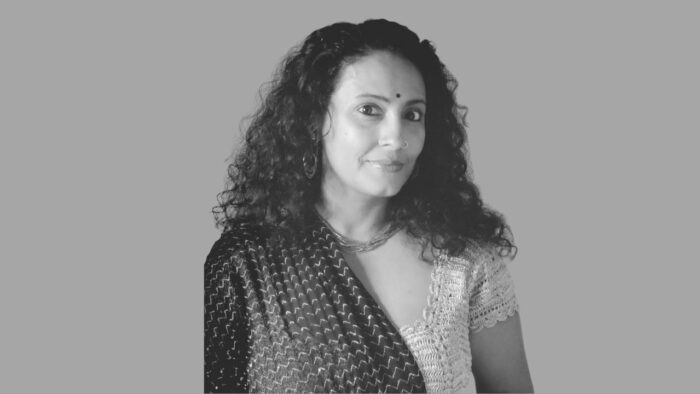 Akanksha Damini Joshi’s films and documentaries are reflections of her spiritual explorations. Whether it’s a 15-second film of the art of chai or an hour-long feature with Kashi as its protagonist, you can expect to feel uplifted, calmed and come away with a desire to enquire and to explore — all essential qualities for spiritual learning. Her simple stories and animations make profound yogic and Vedantic teachings approachable and simple to understand and I couldn’t stop watching her films when I was researching for this interview. What’s more, she will be hosting a Gratitude Meditation session as part of Indica Yoga’s Yoginsights this Friday (1st July) between 6 pm to 7 pm IST. Indica Yoga caught up with the award-winning filmmaker, author, dancer, poet and meditation facilitator, to further explore her work and her inspirations:

Sophia: The opening narrative in your film, Hindu Nectar: Spiritual Wanderings in India, starts with you narrating how it has taken you “a long time to come back,” to rediscover your home. There are many modern Indians who live in this duality of a globalised world and feel more and more disconnected with our ancient heritage. How can we balance both?

Akanksha: Firstly, the balance lies in the fact that our spiritual heritage is sanatan, eternal. These are psycho-spiritual tools and techniques gifted by the ancients, which belongs, neither to the past, nor to the future, but to the ever contemporaneous ‘now’. They are as applicable in the modern, post-modern times as they were in the ancient. Sure, the forms of expressions change. Naturally. The language we used in the past to communicate the spiritual tools and techniques was laden with linguistic metaphors and semiotics that the people of those times could access. The language we need to use now has to borrow from the present.

Secondly, this duality, the split is born because the modern-global world is based on an understanding of life as matter and people as individuals. This is completely opposite of what the ancients said. Mind you, not just the ancient Indians, but the Chinese, the Turks, the Russians, the Mongols, the Persians, the Arabs, the Greeks, the Germanics, the Celts and the various African and Indigenous tribes across the world. People are not atomic individuals, but an integral part of an interdependent web of relationships, with the human world and the natural world. Life is not just matter, but also spirit.

Now, many of the issues our global world is facing today are born out of this modern fallacy of materialism and individualism. To name a few: climate crisis, mental health issues, opioid crisis, alcoholism, hyper consumerism, unsustainable growth, pollution …

Paradoxically, these issues themselves are driving many intelligent young people to increasingly seek balance by diving into the teachings of the ancients. It is a wave we see globally as well as in India. As an individual, striking this balance i.e coming into harmony with this takes a lot of intellectual clarity, courage and grace. It is not easy. But as an interdependent collective, which is what we are, this seeking of balance itself is to be celebrated. The celebration will create an ecology of strength, nourishment and support which will encourage us to ease into our inherent interdependence, to explore our spirit nature, to learn the tools with which we can creatively, lovingly and joyously navigate through modernity's Maya.

Sophia: Nature is the protagonist in a lot of your work? Have you always felt this connection with nature?

Akanksha: Yes, as long as I can remember. My first memory is of river Jhelum. The first song I learnt is of changing seasons. For me, some of the purest glimpses of the divine have happened in deep communion with nature.

Sophia: You’re a filmmaker, poet, dancer. When does art become a form of Sadhana?

Akanksha: When the creator dissolves into the created, and creativity is all that remains. That is sadhana. Any form of art — modern or ancient — can be that. Graphics, animation, filmmaking, classical dance, weaving, pottery, you name it. What happens in such moments is an intense embodiment of the creative energy, shakti. The deeper the engagement, the more intense the flow. It’s like a gushing waterfall of creativity. Under that, our identification with this mind-body-sense complex dissolves and we clearly glimpse our energy nature. It is simple. All that is required is our totality. But the nature of mind is such, that it teases us out of our totality often. Hence, tools and techniques to handle the mind-tease.

Sophia: What is yoga?

Akanksha: From my understanding of the word, it is a recognition of one’s All-ness. Dissolving of the illusion of Me-ness into the reality of All-ness.

Sophia: How does one design meditations?

Akanksha: For me, a meditation design first emerges as an intuitive feel, then it goes for an intense experimentation in my own inner laboratory, sometimes over months, years. And finally, it is combined with various communication methods, tools, techniques to emerge as a full-fledged collective meditation design.

Sometimes this is the process. Other times, when there is an intense group energy — like it happened during the 385 mornings of meditations I facilitated online each day during the pandemic  —meditation designs emerged as an interaction between me and the meditators, what each person needed in their own life, tailor-made, unique designs.

Like one of the meditators — an engineer living a fairly a fast paced life — had a fear of darkness, so one type of meditation would work for him given his lifestyle. Another, a retired professor living in his ancestral village had an expectation issue with his son, so another kind of meditation was needed to suit his life. At one level we can have collective meditations, they work beautifully. At another, we need individually designed techniques, so the meditation can integrate, fit in with one’s unique life. Let us say, former is a bit like generic allopathic cures and the latter, specific ayurvedic treatments!

Sophia: You use the medium of stories to simplify profound teachings from various Indian scriptures. Tell us about your short films and how you find inspiration for these gems of wisdom?

Akanksha: Chaos, cacophony, confusion. If you are to ask me to describe our times, those are the three words I’d use. These perhaps were always there in human life, but the magnitude has been raised to another level in this digital age.

Leveraging the ease that this very digital age has provided, I use the medium of short films to crack through the cacophony and create small moments of silence or joy.

The films always begin as an act for myself, my own joy, my own rasa. Let me explain. Like Tulsidas in Ramachatritmanas says, 'Swantaha Sukhaya Raghunatha Gathaya’ (For self happiness, I narrate this story of Lord Rama).

Now, this is not the modern western notion of “Me” i.e limited, individualistic, selfish, but the Dharmic notion of Self, the jeeva-paramatma, nara-narayana, interdependent, integrated complex. Positioned as this self, I find the inspiration for the films.

I consciously create films that lead the mind away from the reptilian brain, the fight or flight response. Given the nature of our brain circuitry, the amygdala fight-flight response triggering films, are effective attention grabbers but end up pumping huge stress hormones, that result in all kinds of diseases. I desire no such Karmic burden. So, I take recourse to the guidelines given in the Natyashastra, “…it comforts the ones in pain, the one’s fatigued in life, the one’s burning in sorrow, and to the sages too, it offers rest and repose.”

To crack through the cacophony, for self, for others, if only for a while … what better guideline than this laid out by our ancestors. This is my inspiration.

Sophia: Tell us about your films on Climate Change as told through various tribes in India?

Akanksha: Who better to teach us, cosmopolitan people, about changes in nature than the people who live, work, eat, love, play and pray with nature. It was this desire to make myself understand the word ‘climate change’ not just intellectually but through my body, my senses, my being that led me to these teachers, Earth Witnesses, as I call them.

The stories in Earth Witness explores and demystifies changes in various ecosystems in India — coastal, forests, mountains, grasslands — in the simple, relatable language of the people of the tribes: farmers, teachers, shepherds.

It is my belief that till complex tales of the times are told as simple, ABC stories which common people understand … as storytellers, communicators, journalists, filmmakers we haven’t mastered our art. This simplification can only happen when we embody the knowledge by walking on the earth with people. Then even research becomes an embodiment journey, a deep communion with the knowledge dimensions held in your research topic.

Sophia: What did you discover about life and death in Varanasi/Benares?

Akanksha: Varanasi is Shiva and Shakti, embodied. It is the dissolution of Shiva and the manifestation of Shakti. Both, together. From the most mundane to the maha-mystic you can experience all the teachings of Shiva manifest on earth in Kashi. But to be able to do that, one needs the eyes, the ears, the heart, the courage of a disciple. The play of paradoxes, the dance of duality is Kashi. When you live the experience —  and for my future film on Varanasi I have been fortunate enough to over the last 5 years, pre-pandemic — you can see various layers of self, just like that of the holy land: sthoola, sookshma and sometimes, glimpses of the para. All of these in deep in the embrace of that one word without which India can never be understood: Leela, the cosmic play.

Sophia: What is the divine feminine in context of the holy Ganges?

Akanksha: Ganga. To me, she is the Sanatan principle. Ever flowing. Ever fresh. No matter what happens on her banks. Kingdoms come, kingdoms go. Temples are made, temples are destroyed. Life emerges, life dissolves. Happiness comes, it goes. Pain comes, goes. No matter what. Ganga, she flows. From forever, to forever. She is on the earth, yet not of the earth. Through every ritual, every dip, every drop of her waters she is always reminding us, of another journey, awaiting us. A journey towards our own ocean.

Sophia: What are you working on currently and what can we expect from you in the future?

Akanksha: There are multiple big projects which are in various stages of manifestation.

Firstly a book, which has been five years in the making. The book is on sacred stories with meditation techniques from different sampradayas in India. These are a compilation of ancient techniques we can use in our contemporary lives.

Secondly, a conversation series of video interviews, Sutras of India, where I am diving into conversations with people from various fields — chefs, lawyers, educators, farmers, scientists — and listening to their diverse experiences of India as a Land of Learning.

Thirdly, a film on Varanasi as an embodiment of Shiva-Shakti.

These apart from the meditation series I keep on designing. Last month, I have wound up 385 days of early morning meditation series, Amrit Bela. That went on from early May 2021 to end May 2022. Right now as a part of the Monsoon Meditation Nights, we are exploring an embodied experience of the Panch Maha Bhuta, the five great elements.

Finally, I have had the honour of co-founding the Center for Embodied Knowledge with Hari Kiran Vadlamani and Sunny Narang. We are presently funding the first project in collaboration with Handloom Futures Trust on restitution of Indian handcrafted objects in European Museums. 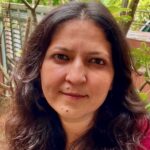