Yoga Therapy and Ayurveda: The Meaning of Chikitsa by Pandit Vamadeva Shastri

[ This article is sourced from Dr. David Frawley's website: https://www.vedanet.com/yoga-therapy-and-ayurveda-the-meaning-of-chikitsa/]

The Sanskrit term for therapy throughout its medical literature is Chikitsa, which literally refers to the application of consciousness (chit) or caring. Yoga Therapy is called Yoga Chikitsa.

Yet chikitsa as a specific term occurs rarely in traditional yogic texts. Yoga texts do mention disease as one of the main obstacles in Yoga practice, but do not make addressing disease in the ordinary sense of a medical system as the purpose of Yoga practice, which aims more at spiritual development.

CHIKITSA RELATIVE TO THE YOGA SUTRAS

Yoga Sutras is divided into four sections or padas, which each has a name. These are Samadhi Pada, Sadhana Pada, Vibhuti Pada and Kaivalya Pada.

The second section or Sadhana Pada also introduces the theory of the five kleshas or factors of suffering for the mind, which can be related to psychological and emotional pathologies in general and forms the basis for Yoga psychology one could say. Here we must remember that Yoga Sutras is more a text of meditation or Raja Yoga than one of physical practices or asana, so this psychological orientation makes sense here.

The term chikitsa, h is very common in Ayurveda and occurs prominently in Ayurvedic texts, which contain a Chikitsa Sthana or section relating to therapy or treatment. Chikitsa usually goes along with a Nidana section or section relating to diagnosis, which in turn follows from the Ayurvedic view of body, mind, pathology and the disease process. Medical systems require a diagnosis as the basis for therapy and cannot work without them. Ayurvedic chikitsa is broad based and includes diet, herbs, massage, Pancha Karma, rejuvenation, even Yoga and meditation, extending from lifestyle factors to clinical treatment.

Traditional Ayurveda includes Yoga as a therapy  as part of its Sattavajaya Chikitsa or therapy for increasing sattva guna, which is its main psychological therapy, reducing the psychological doshas of rajas and tamas, where the theories and practices of the Yoga Sutras fit in quite well. It regards Yoga as the means of eliminating spiritual suffering, not just physical or psychological suffering.

Chikitsa therefore is a primary term in Ayurveda and a secondary term in Yoga, which is more of a sadhana or spiritual practice. Ayurveda mentions Yoga as a therapy particularly in the context of yamas and niyamas as behavioral therapy for the mind. Yet Ayurvedic texts also mention the importance of mantras and honor deities of Ayurveda like Dhanvantari and also Lord Shiva, the Lord of Yoga.

REINTEGRATION OF YOGA AND AYURVEDA

For a Yoga Chikitsa or Yoga Therapy, the question arises as to what is the Nidana or diagnosis it is based upon? Modern Yoga Therapy rests more on modern medicine and is usually an adjunct physical therapy for diseases as diagnosed and treated by modern medicine. There is nothing wrong with that but it can obscure the traditional connection of Yoga therapy and Vedic chikitsa with Ayurveda. There is no traditional Nidana or yogic diagnosis apart from Ayurveda, which employs all methods of observation, touch, pulse and patient examination according to Vedic principles of three doshas, three gunas, five elements, five pranas, agni and Atman.

For the best results in Yoga therapy we recommend not only a modern medical diagnosis of the conditions it is treating but also an Ayurvedic diagnosis. This connects Yoga Therapy with the broader group of Ayurvedic therapies, from diet and herbs to massage and Ayurvedic clinical methods. It adds considerations of the condition of body and mind according to the three doshas (Vata, Pitta and Kapha) and three gunas (sattva, rajas and tamas) of Vedic thought. It can also bring in Ayurvedic disease theories and stages of disease but also that of the Klesha theory of the Yoga Sutras.

This is what we are seeing in the new Yoga Therapy that is arising in India today that emphasizes treating all five koshas (body, prana, mind, intelligence and bliss), not just a physical or even psychological approach to Yoga and Ayurveda but threefold as body, mind and consciousness. Doshas and gunas are part of this examination. 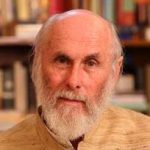