Yoga-Vedanta: The Highest Teaching of Yoga 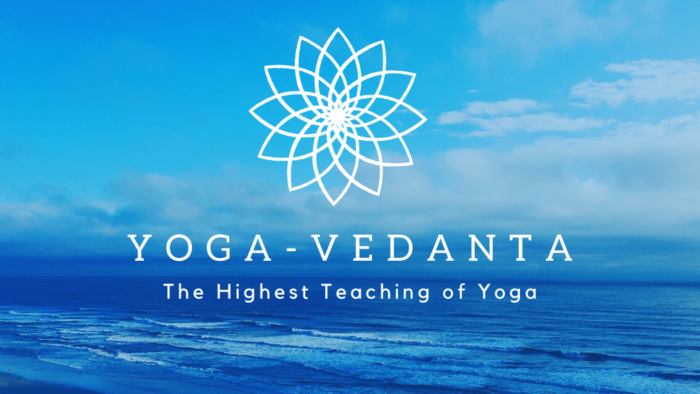 This article is sourced from: https://www.vedanet.com/yoga-vedanta-the-highest-teaching-of-yoga/

With due credit to Sri.Vamadeva Shastri (David Frawley) & American Institute of Vedic Studies

Yoga is defined as the unity of the individual Self or reincarnating consciousness, Jivatman, with the universal or transcendent Self, Paramatman. The nature of this unity is best explained in Vedantic texts like Upanishads, Bhagavad Gita and Mahabharata, as well as in later Vedanta Shastras.

To truly understand Yoga and what it means by unity with the higher Self one should study Vedanta.

Yoga-Vedanta Comes to the West

Yoga first came to the western world in the context of Yoga-Vedanta through the teachings of Swami Vivekananda, the great disciple of Paramahansa Ramakrishna, who visited the West at the turn of the twentieth century. Swami Rama Tirtha, who followed shortly after Vivekananda, emphasized Vedanta. Paramahansa Yoganananda, who settled in the United States in 1920, also gave importance to Vedanta in his teachings.

Swami Sivananda of Rishikesh, whose many disciples taught Yoga globally, emphasized Yoga-Vedanta, as did Swami Rama of the Himalayan Institute. Maharishi Mahesh Yogi highlighted Veda and Vedanta in his TM or Transcendental Meditation movement. Bhagavan Ramana Maharshi’s teachings set forth a direct path of Advaita Vedanta as part of Jnana Yoga, the Yoga of knowledge. Sri Aurobindo brought out his Integral Yoga based on Vedantic philosophy from his perspective.

Srila Prabhupada of ISKCON and Krishna Consciousness taught Bhakti Vedanta, a devotional approach to Vedanta. Krishnamacharya, guru of BKS Iyengar and Pattabhi Jois, was a teacher in the tradition in the Visishtadvaita tradition of Sri Ramanuja or qualified non-dualistic Vedanta.

Yet few disciples of these Yoga-Vedanta gurus, particularly those who emphasize Yoga as asana, note the Vedantic connections to their lineages. They rarely make Vedanta an essential component of their approach to Yoga, if they study it at all. Because of this neglect that has increased over time, deeper Vedantic approaches to Yoga, particularly through Self-inquiry, meditation and Samadhi are seldom understood or taught in the West, and the term Yoga-Vedanta has fallen into the background.

The term Yoga arises from the Vedas, occurring first in the Rigveda and becoming common in later Vedic texts like the Upanishads. The Bhagavad Gita is the key yogic teaching of Sri Krishna, who is Yogeshvara and Yogavatara, the authority on Yoga and avatar of Yoga, who taught the original Yoga to Vivasvan and Manu himself, the founder of the Vedic line of teachings in this yuga or world-age.

Yoga is rooted in the Vedas and Vedic philosophy. The Yoga Sutras are a Vedic Darshana or philosophy and follow the authority of the Vedas, Upanishads and Bhagavad Gita. Traditional commentators on the Yoga Sutras refer to Vedic texts to explain the Sutras. Yoga, as noted in the Yoga Sutras, aims at the realization of the Purusha or Atman, the inner Self, Seer and Pure Consciousness beyond body and mind, time, space and Prakriti. This is Yoga as a Path of Self-Realization, a term commonly used today. While Vedic philosophies explain the nature of the Purusha/Atman in different ways, the core approach remains the same.

The subject of Yoga is dealt with extensively in Vedantic texts. The numerous teachings of Adi Shankara on Advaita Vedanta address the eight limbs of Yoga, starting with carefully examining the Yamas and Niyamas for purifying the mind . He explains in depth the different types of Samadhi mentioned in the Yoga Sutras, including the highest state of yogic meditation of Nirvikalpa Samadhi in more detail perhaps than any other teacher. He delineates the Yoga practices of Jnana, Bhakti, Karma, Hatha and Raja Yoga. The famous text Yoga Vasishta similarly teaches Yoga and Vedanta together as a unitary teaching. Such explanations are not merely theoretical but deeply experiential.

Not all Vedantic teachers may embrace every aspect of Yoga Sutra or Samkhya philosophy, or afford the different practices of Yoga the same importance. Adi Shankara criticizes some concepts of Samkhya-Yoga, for example their view that Purushas are many, though he accepts most of the system. Yet Shankara never criticizes Yoga in the context of Sri Krishna and the Bhagavad Gita, or Upanishadic references.