Yogasutras & its Samskrta Commentaries – An Overview 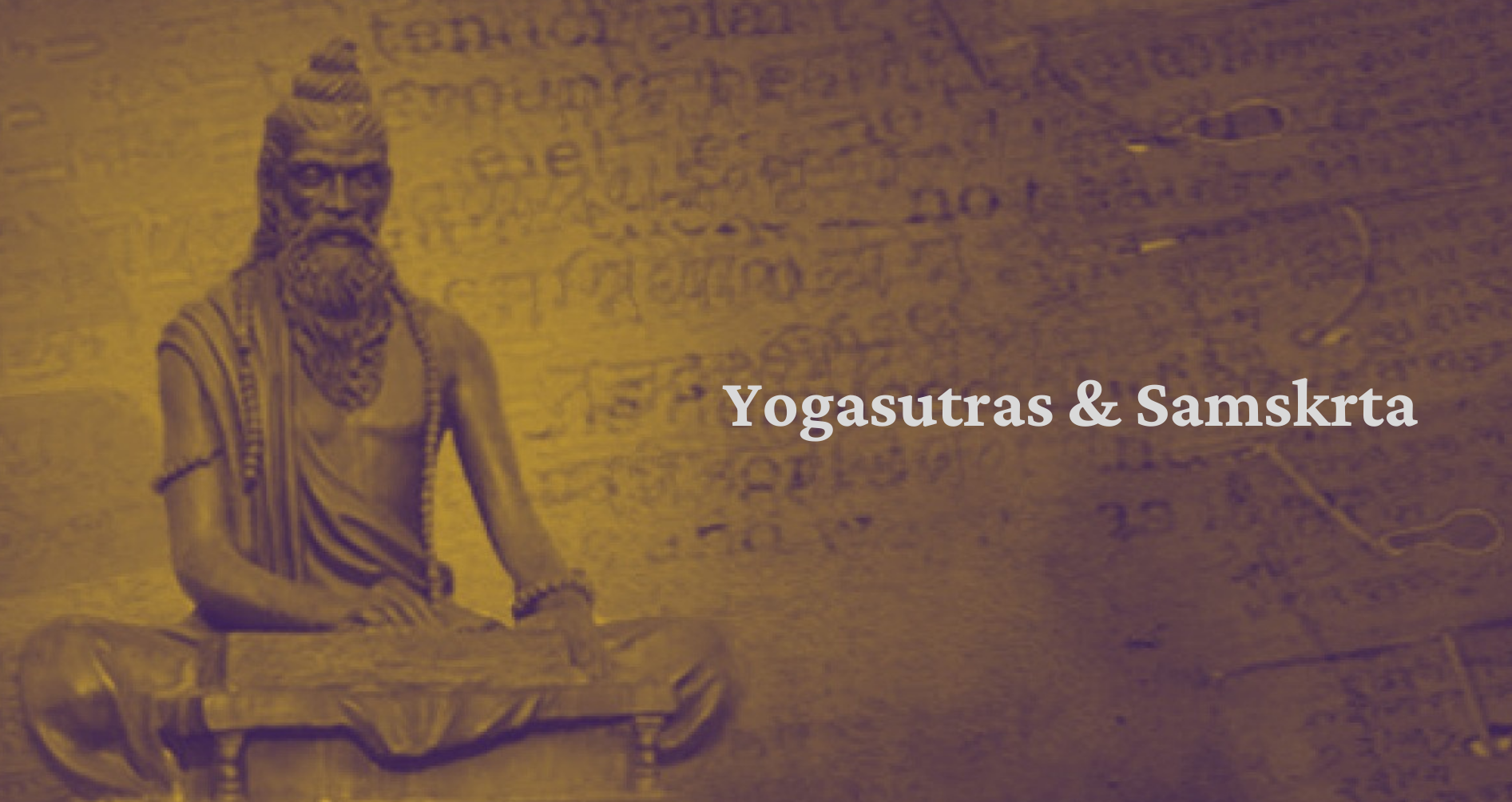 The Yogasutras are the foundational text on Yoga, Vedic mind science, written by Sage Patanjali. It is placed around 4th century CE.  Tradition has it that, Sage Patanjali also has contributed to refinement of speech through a work on Grammar (Mahabhasya), a work on Ayurveda (not identified with certainty) to refine and heal the body.

The text is in the form of Sutras or short insightful statements that have various shades of meanings but convey thoughts in a very organized and compact manner. There are 195 Sutras in this text. (The number of Sutras may slightly vary depending upon splitting of certain Sutras)

The definition of Yoga in this text appears in the second Sutra of the text – yogah cittavrttinirodhah – Yoga is the restraint of activities of the mind. According to this Sutra, to be established in one’s true conscious nature it is essential that the activities of the mind are regulated/restrained initially and gradually completely made to cease. All the practices of Yoga in this text are prescribed towards this end.

There are four chapters which are called as Padas (one fourth). The four Padas are – Samadhi-pada , Sadhana-pada , Vibhuti-pada  and Kaivalya-pada.

The second chapter has 55 Sutras. As the very name suggests – this chapter predominantly describes about the Sadhanas – the methods to realize the goal of Yoga – Citta-vritti-nirodha. The content of this chapter can be seen in six units –

This chapter contains 55 Sutras. Vibhuti or Siddhis refers to powers. This chapter details about the attainment of attainment of extrasensory powers and knowledge resulting out of practice of Yoga.  The chapter can be seen in six units

This chapter contains 34 Sutras. Kaivalya is the ultimate state described in the Yoga system of philosophy. This is an eternal state where the Purusa (pure consciousness) is alone – free from the influences Prakrti (matter). This chapter can be seen in four divisions -

The commentaries of Yogasutras

Apart from this, two commentaries to the Tattvavaisaradi exist –

The second category of Commentaries to Yogasutras in Samskrta is direct commentaries on Yogasutras. They are as follows -

In the 20th Century alone many Samskrta commentaries were written. They include -

This indicates the popularity of the text and also the foundational nature of contribution of this text to the field of Yoga. A study of the text with one or more of the Samskrta commentaries will give a very good footing in the philosophy and practice of Yoga.