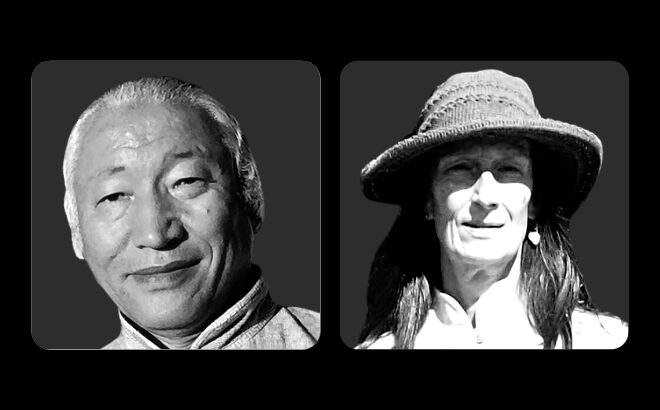 Writer, Counselor, Professor, Contemplative. For many of the last 25, since participating in the traditional Tibetan 3-year retreat, I've spend praying and meditating in solitary retreat. For a few years, some years past, I was director of KTTG, a Tibetan Buddhist organization in Crestone, CO.

Chak Ngodup Tsering Burkhar was born in 1953 to a nomadic family near Mount Kailash in Western Tibet. In 1959 he escaped to Nepal with his parents and brother and from there went to Dharamsala, India in 1967. After his basic education in Buddhist teachings and English language, he has served as Translator to His Holiness the 16th Gyalwang Karmapa and other prominent Tibetan Buddhist Lineage Gurus for more than 45 years. He has traveled all over the world as a translator as well as participated in many dialogues and discussions on Buddhist teachings and practice.